The Varna Necropolis Bulgarian (Варненски некропол) (also Varna Cemetery) is a burial site in the western industrial zone of the black sea port city of Varna  (approximately half a kilometre from Lake Varna and 4 km from the city centre), Now internationally considered one of the key archaeological sites in world prehistory. The oldest gold treasure in the world, dating from 4,600 BC to 4,200 BC, was discovered at the site

A total of 294 graves have been found in the necropolis, many containing sophisticated examples of metallurgy (gold and copper), pottery (about 600 pieces, including gold-painted ones), high-quality flint and obsidian blades, beads, and shells.

The graves have been dated to 4569–4340 BC by radiocarbon dating in 2006  and belong to the Chalcolithic Varna Culture, 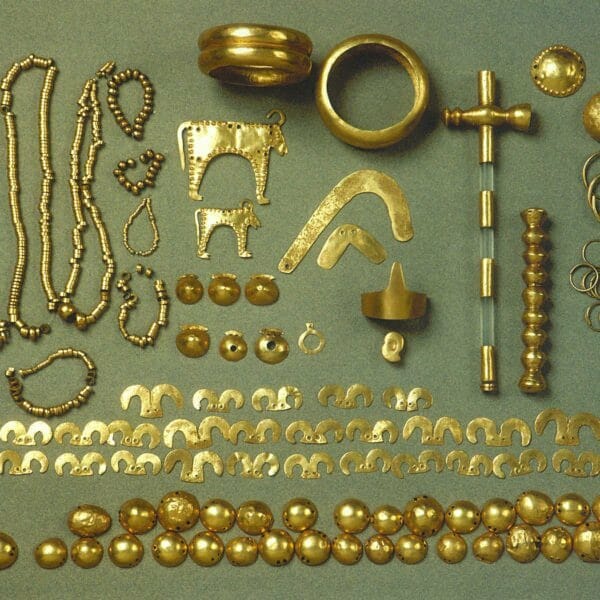 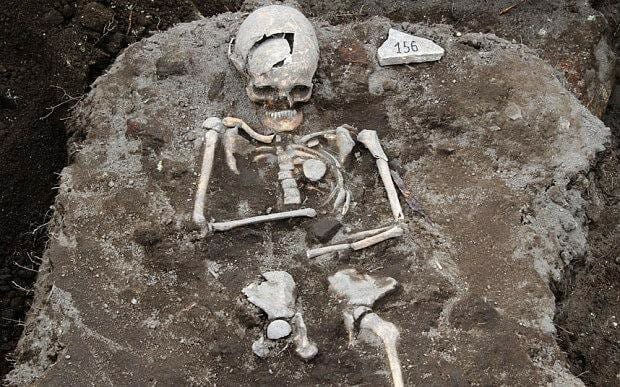 In the summer of 2012, archaeologists came across an unusual finding in the old town of Sozopol – the remains of a medieval vampire. To an ancient temple, among many cemeteries, the team found two burials older than 700 years, with clear signs of rituals against vampire. The bodies were pierced through the chest with iron rods to supposedly stop them from turning into vampires.

The discovery was followed by similar findings near Perpirikon and Veliko Tarnovo.

After the discovery of the Sozopol`s vampire, Bulgaria became one of the most attractive destinations for “vampire tourism” in the world, ranked honourable fourth place. The glory of the vampire from Sozopol overtaken that of Count Dracula (Romania). 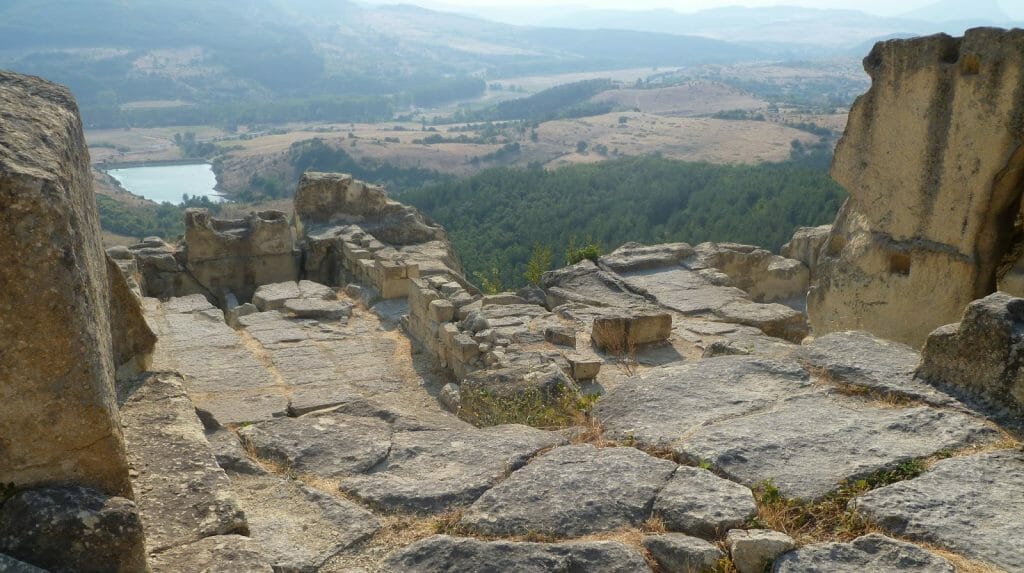 Archaeologists working on Bulgaria’s Perperikon site have found the skeleton of a male buried with an iron stake plunged through its chest , a ritual practiced in the Middle Ages to prevent the individual ‘turning into the undead’. Coins found with the body have been tentatively dated to the 13th and 14th century.

It is the first finding of its kind to be made at Perperikon – a site of various religious activity for about 7000 years ago and a treasure trove that archaeologists are still not finished exploring after more than a decade of digging.  However, it is not the first ‘vampire grave’ to be uncovered in Bulgaria.

A voice among the stars

40 years ago  A Bulgarian song was chosen as one of the voices of planet earth by the great cosmologist, Carl Sagan and  launched into space on NASA’s Voyager Space probes

The Golden Record, including prominent Bulgarian folk song  “Izlel e Delyo Haidutin” performed by Valya Balkanska, is still travelling through space and about to leave our solar system and enter interstellar space.  Valya was 35 years old when her voice took off for the stars. Today, the singer from the beautiful Rhodope Mountains is 75.

Both vessels (Voyager 1 and 2)  carry copies of the “Voyager Golden Record,” a sort of message in a bottle intended for potential alien civilizations.

The song, famously performed by Valya Balkanska, can be heard below..

Despite their vast distance from planet Earth, both Voyager 1 and Voyager 2 continue to communicate with NASA daily, still probing the final frontier.  Voyager 1 is in “Interstellar space” and Voyager 2 is currently in the  “Heliosheath” — the outermost layer of the heliosphere where the solar wind is slowed by the pressure of interstellar gas. 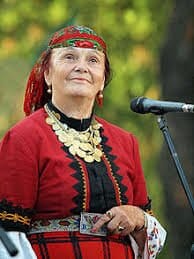 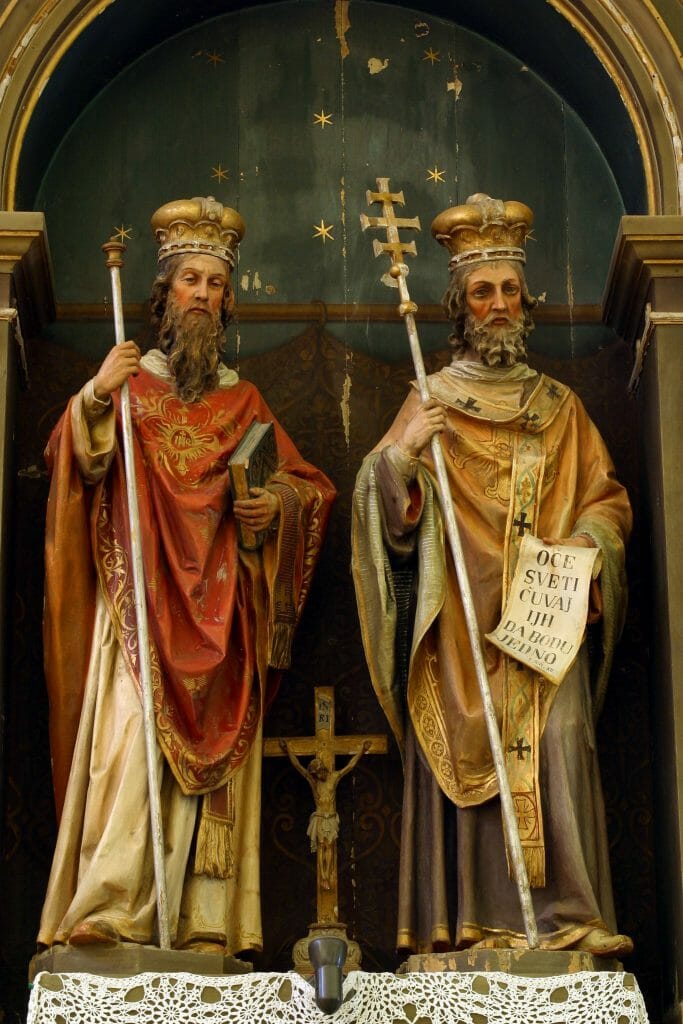 The Cyrillic script was created in the First Bulgarian Empire.Its  first variant, the Early Cyrillic alphabet, was created at the Preslav Literary School. It is derived from the Greek uncial script letters, augmented by ligatures and consonants from the older Glagolitic alphabet for sounds not found in Greek. Tradition holds that Cyrillic and Glagolitic were formalised either by Saints Cyril and Methodius who brought Christianity to the southern Slavs, or by their disciples

It is posits that although Cyril may have codified and expanded Glagolitic, it was his students in the First Bulgarian Empire under Tsar Simeon the Great that developed Cyrillic from the Greek letters in the 890s as a more suitable script for church books.  Later Cyrillic spread among other Slavic peoples, as well as among non-Slavic Vlachs.

The Cyrillic script came to dominate Glagolitic in the 12th century. The literature produced in the Old Bulgarian language soon spread north and became the lingua franca of the Balkans and Eastern Europe, where it came to also be known as Old Church Slavonic.

The alphabet used for the modern Church Slavonic language in Eastern Orthodox and Eastern Catholic rites still resembles early Cyrillic. However, over the course of the following millennium, Cyrillic adapted to changes in spoken language, developed regional variations to suit the features of national languages, and was subjected to academic reform and political decrees.

Today, many languages in the Balkans, Eastern Europe, and northern Eurasia are written in Cyrillic alphabets.

Land of the Thracian Kings